It seems like she was killed but appeared on the choppah at the end somehow. Can anyone explain this? 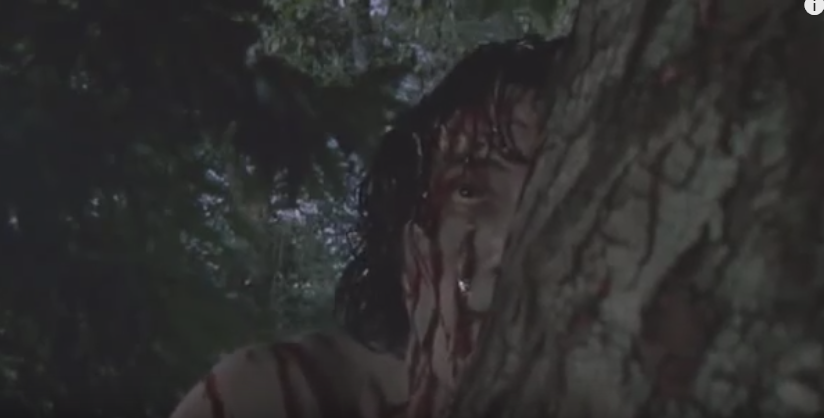 11 Responses to Predator confusion with Anna

Some may argue that the first pic is Billy, but there is no head band. The last we saw of him was this:

Always appeared to be Billy to me, after Jungle Pred stripped him including the head band.

Of course Anna survived because she was a wom..a....eh I mean unarmed!

u saying Sonny looks a bit 'feminine'?? lol I wouldn't say that to hi face lol. its def Billy. as Keyes states to Harrigan in Pred2, '1 of his kind stalked and elimanted an elite squad, there were 2 survivors'.

Agree that it is Billy and thanks for the input. That said, how did Anna get on the choppa? It would have had to land to pick her up fairly far away and then lift off again to get Dutch. It almost looked like she just materialized in the choppa when the Predator bomb detonated. It is nit picky and maybe there was a scene cut, but that's how it looked.

plus anna makes an appearance in Pred2.

i agree it is a valid question. surely the team wouldn't give away the location of their extraction point to her so I think shes either just ran in a straight-ish direction to which the team was going anyway or she maybe has some knowledge of the local area and has taken an educated guess as where the best place to land a choppa would be.

That is Anna right after the Predator stabs and runs off with Hawkins' body. His blood sprouts on her face and if I recall correctly we never see Billy's and the eyes seem to be of different color.

could still be Billy at a different angle and lighting, hence why the eyes look a little darker.

Xenotaris Also look she/he also seems wearing her beige shirt not being bare chested (the chest is more sand color than the face). The blood pattern is as in Hawkins killing scene. In the movie the body of Billy is never shown and the picture the character is standing upright, not on the fallen truck on which Billy stands.

That is Anna (bloodied but alive).

Sorry IgnorantGuy, but the first image in the OP is definitely of Billy (portrayed by the late Sonny Landham) and is from a scene that was cut from the VHS release of Predator in the UK, but later reinstated into the special edition version of the movie (available on DVD and Blu-Ray).

Preceding the montage scene that shows the Predator examining its trophies and Dutch preparing for the final showdown the above image is part of the extra footage that shows that the skull the Predator adds to his collection before hearing Dutches warcry is that of Billy.

Shown in the clip below - Billy's body is slammed against a tree (as in the pic), before the Predator pulls out his spinal column and skull, roaring in celebration.

In the special edition release of the movie, this scene is cut to infer that the Predator adds Billy's skull to his collection (presumably including those of Blaine and Hawkins, among others).

And as others have already stated Anna not only appears in the Helicopter alongside the General and the helicopter pilot (Kevin Peter Hall out of the Predator suit), but she can also be seen in on a monitor in the OWLF trailer in Predator 2.

Gavin I stand corrected. But why did you not post the clip before so I don't a make a fool out of myself?