Should Shane Black's The Predator acknowledge the existence of Super Predators?

Although director Shane Black has expressed previously that his fourth installment, The Predator would not ignore Predator 2 or Predators, that doesn't mean certain aspects won't be acknowledged. 2010's release of Robert Rodriguez's Predators introduced us to more of the Predator culture - particularly the existence of "Super Predators" and their relationship with the more "civilized" Hunters we were used to. 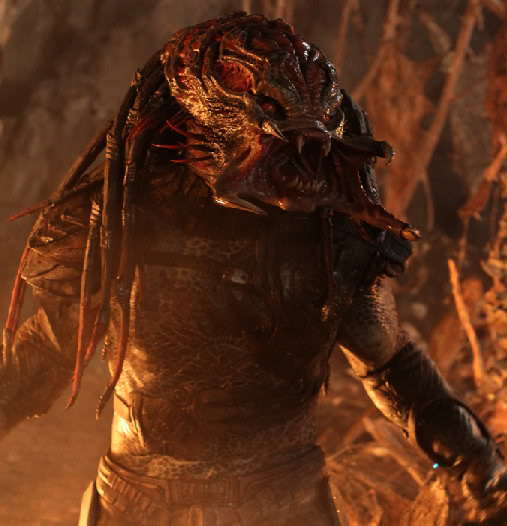 Considering it is known that Shane Black aims to take the franchise back to its roots, it's possible we won't see much of an expansion of the Predator mythology like Predators attempted. This would also mean the likelihood of seeing Super Predators referenced in the new film is very slim.

However, with the upcoming prequel novelization in the works, I'm tempted to think we may see more of the Predator culture explored after all in The Predator. But will that include Super Predators and their blood feud with the other Yautja tribes?

My question to fellow Predator fans is this: Should The Predator at the very least acknowledge the existence of Super Predators? Or, shall they remain a mystery to the characters present in the new film? Should there be subtle hints or nods to their existence? Or should they remain an "unknown" until explored once again in potential, later sequels? Let me know what you think.

15 Responses to Should Shane Black's The Predator acknowledge the existence of Super Predators?

Include a reference if it serves the story, otherwise not much point.  If the film is set on Earth, it could be the characters have no knowledge of the events of Predators.  Also I believe Black has said his film will pre-date Predators.

Indeed it does. However his statements about not ignoring the existence of, or essentially "writing off" the events of Predator 2 and Predators makes me wonder if he'll drop any subtle hints to them.

Unless they're directly involved with the plot talking about them would kind of seem like unneeded exposition.

Predators storywise is a very isolated incident since the movie ends with them still on the planet with no way of leaving. I'd think the mention would go more with special forces going missing in the field rather than mentioning the super preds. That way you still tie it in without making it too forced.

Good question, I wonder if he would acknowledge all of that?...

"Must be something we haven't seen yet.."__Bishop

I'm with Durp on this one,

The best and only true ways that Shane Blacks movie could reference Predators would be to possibly mention either the character of Noland, portrayed by Laurence Fishburne, having gone AWOL or the character of Isabelle (Alice Braga) joining the OWLF (Other-World Life Form) before she was sent undercover to the IDF (Israel Defense Force).

I personally rather liked Predators, so I hope there are some Super Predators in the new film. Although I didn't even realize they had a name, heh. As others have said, though: as long as it's relevant to the story. The story is of course the higher priority.

I did like Predators, but I felt that it was actually a little over-written. I thought the twist with the doctor being a serial killer and somehow feeling at home on the planet was fu#king stupid. It was an unneeded twist because the whole situation was cool anyway.

So I hope they don't put stupid twists in the new film just for the sake of trying to keep the audience "on their toes." Just some more nice set pieces, cool action, macho greatness, and fun sci-fi violence. That's all it needs.

No, The Predator should not acknowledge "super predators". In fact, it should do everything it can to defunct them. They are rubbish.

@Starbeast: Well if they defunct Predators then they should do the same to that stupid AVP movie. I din't really care Predators all that much either but the Super Predators did at least added some to their over lying lore, I think it wouldn't of hurt if the film makers could of expanded more on them (and of course make them stronger, that was disappointing that the super predators were weaker than a normal yaut'ja) but nope they wanted Predators to be a homage movie to the original Predator. I just hope The Predator is more original.

I think they should keep the Super Predators as canon but not really mention them in the movie. I have talked to people about Predators and they didn't seem to understand that Super Predators are a different 'breed', for lack of a better word, than a normal predator. In my opinion Super Predators have potential, but only in future films.

I absolutely agree with @Starbeast. The sheer lack of imagination that is the 'super-predators' is shameful.

The predator is a highly intelligent, highly advanced, malevolent being, with the promise of a sophisticated yet alien culture. But that film diminished it to nothing more than tribalistic, which is unoriginal and lazy.

...and the fact a fight between a 'super-predator' and a guy with no shoes and a samurai sword ended in a draw, just shows you how ridiculous the whole thing was.

I never really considered them as "super". I just see them as another race of predator. They appear more devout, they take their "hunt" to a different level to the other hunters. They may train harder, longer to become better hunters. I personally cannot see The Predator mentioning them, although Shane Black has said he intends to make this film "epic". I think it will be based on earth (the appearance of a kid is my only reason for this) so I believe it will be the race of Predator from the first movie.

If we're to expect some changes or refinements of the creature and weapons designs in this new movie, One might conjecture they would be advances, maybe even evolutionary ones like those supah-peedidilators was supposed to be.

BUT, while I doubt the director guy has anything like this in mind, another way to go when talking design changes could be a Primordial Predator. Something more primitive, brutish, with almost steam-punky type weaponry . . .

Sorry all. I guess I'm typing as I'm thinking this up. Better to get myself and maybe some of you offline and onto the drawing board to see just where that last concept might lead.

To actually respond to the topic might be nice too, so, NO.

Unless it serves as an intrinsic plot point to reveal the Hunters' continuing evolutionary progress, I see no need to acknowledge much beyond the creature being one of a race of such beings.

Shane did it in his script, there is a reference to the movie Predators when there is a backstory about the giant predator hybrids, the draft references the movie "Predators" because in both movies it's a cold war between predators.

Yes, super predators should be mentioned.

In fact, I would like to have seen Adrien Brody as Royce make it back to earth from that alien planet. The ship and tech they are studying are from what he brought back. They also bring him in to help fight the new upgrade. It would tie the movies together...