20th Century Fox have just released the first official teaser trailer for Shane Black's The Predator (aka Predator 4) online! Watch the epic first look at this year's re-invention of one of science fiction's most iconic movie characters! The Predators are back, and they're more blood thirsty than ever: That was cool. I can't wait.

eh rather footage with Peter Keye's son it's obviously going with that E.T./STRANGER THINGS vibe to bring in a newer, less 'Gore' audience. It's a barely passing a just semi ok preview for all this time, but for the love of god, Munn is one "actress" I've never wanted on BIG screen event franchise films... I was tired of her on C-NET!

Are you see this - SHURIKEN from AVPR!

Fairly mundane, uninspiring teaser--But it is just a teaser. Doesn't look bad, just sort of... there. I remain more optimistic than others for the reason Black is directing. We'll see if he was given enough freedom to do something different.

Surprised to see some AVP weaponry in there.

I think it looks a decent attempt....

I think we are getting a bit of Predator + Predator 2 + add Predators more Action...

Each time i watch Aliens it becomes a Popcorn Flick more and more...

I guess in the AGE of the Popcorn Flick it may do well....

Those expecting something like the ORIGINAL Predator will be let down because its HARD to Top that Movie... The same goes for any NEW Alien movies... they just wont compete with the Original.... but they could give us a Aliens Popcorn Flick again.

I am going to go with a OPEN mind with this Movie... just accept its going to be a Action/Popcorn movie and have no HUGE Expectations.

Looking at the Plot....  Predators going around updating their Genetic Gene-pool etc, it does open the Door for Sequels.... but so did Predators but that was not followed up.... But i think both movies are intended to share Canon.

looks pretty damn amazing to me!! I'm a lot more excited and confident in this film after seeing this!

This looks pretty good. I hope they don't overkill it with a bunch of misleading trailers and spoilers.

the Crashing of the Ship.... i sure HOPE! the Kid playing with the Beacon Thingy does not cause the Crash (like its some kind of Remote Control) that would be LAME.

That seems odd and it seemed like the kid activated something ala AVP when the guy picked up that first weapon. BUT- it arrived via delivery. I doubt a Predator would bother with UPS lol. I am satisfied with this and would be ok just waiting for the movie.

Really interesting. It looks underwhelming, but if the action scenes with the Predators are as awesome as they look to be here, I think I will enjoy it! I do agree with the majority on this thread (so far) that this seems to have some of the problems that the previous Predator sequels have suffered from

Bigdave, I think I read that the boy is responsible for lamely crashing the pred ship remotely. Is that a female predator with the breast guard? Looks like it. This looks like its going to be just like AVPR FML.

I really hope not... i think it would be too much of a coincidence and i would like to think they would have a better set of writers than that.  Maybe the Military took the Ship out?

As far as the Female Predator.... this one does look less Bulky than the other one in the Trailer, so it could be a Female, but then a few other Predators in the Franchise (inc AVP's) have wore protection across their breast area.

A think to take note of.... which may disappointing those looking for Female Predator Booby Action...  Is i DONT recall any Predators we have seen so far in the Franchises having NIPPLES.   Male Mammals still have Nipples, even though we (mostly) dont grow Female Milk Producing Breasts.

So the Fact the Male Predators Lack Breasts, could mean Females DO-NOT breast feed Milk....  so for this reason it is possible that is a Female in the Trailer.

So anyone expecting this..... could be disappointed.. 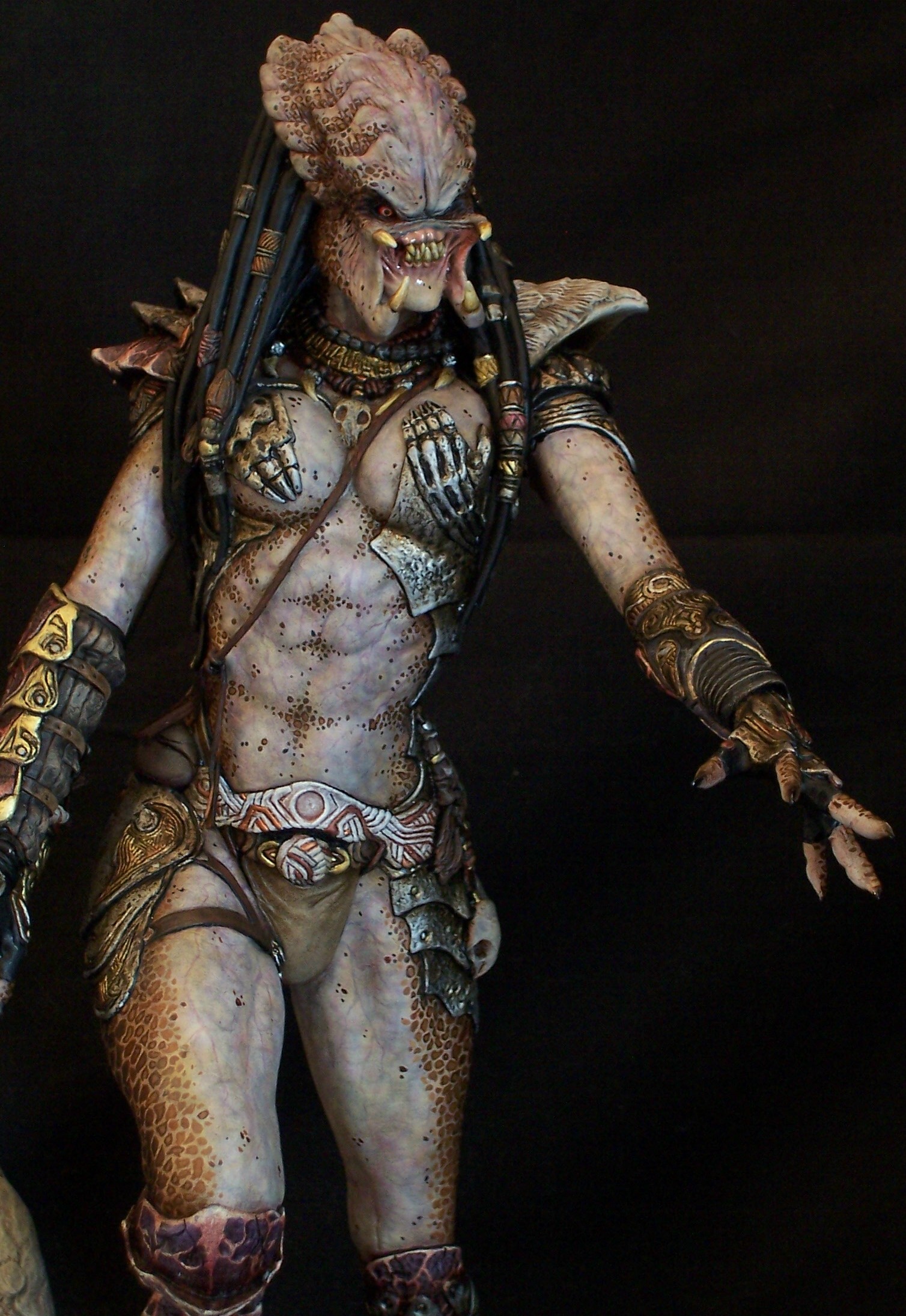 As the Predator is kind of Humanoid as in Bi-Pedal we cant assume they Procreate the same, and so who knows maybe there are NO Females at all.

The ship's movements seemed to match the kid's movements. Hopefully it is only clever editing to mislead us into thinking it is that simple.

Hey The Official Poster Art Thou will be Released? I Loved the Trailer is Intense Awesome & i Hope the Poster Comest Soon i Can,t Wait to see it Thank you Guys :)

Interesting premise but it was wasted by Predators