New concept art of the Predatorkiller suit which debuted at the end of Shane Black's The Predator has surfaced online! Concept artist Kyle Brown has shared an early design for the anti-Predator, Human-bonding technology which actually looks better than what the final result ended up being. This design is more inline with what a Human Predator suit should have looked like. The shoulder mounted Plasma Casters are not as obtuse on this design and the wrist blades are not too long either. The thickness of the suit itself as well makes it look more realistic than the Iron-Man style suit we were shown at the end of the movie.

The biomechanical nature of this concept also reminds us a lot of the Pressure Suit Engineer from Ridley Scott's Prometheus - lost potential for another possible bridge between these two universes. Check it out: Do you think this would have made a better design for the Predatorkiller? Let us know your thoughts in the comments section!

Better, but alas we got this instead 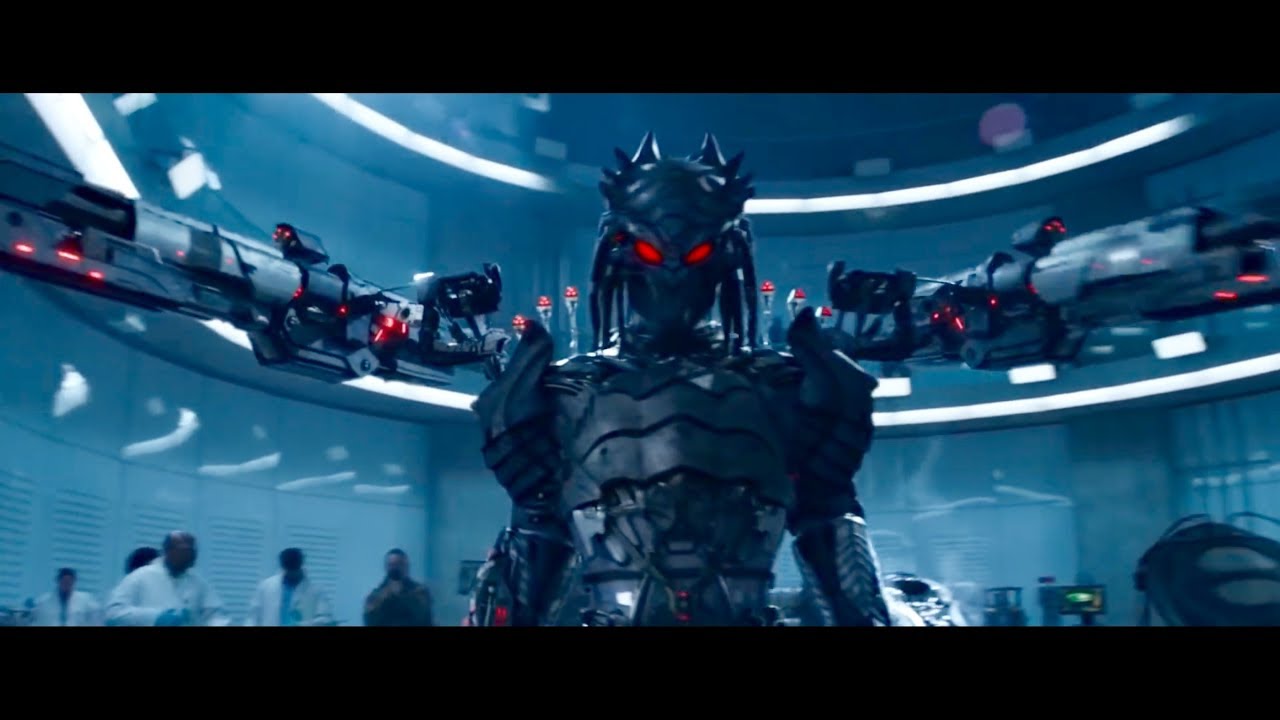 I like the alternative, the one we got just looks like a WHAT-IF Tony Stark came across a Predator Suit!