When does Shane Black's The Predator take place?

The fourth Predator sequel will be set in present day, 2018 - 31 years after the events of the first Predator which starred Shane Black alongside franchise icon Arnold Schwarzenegger.

Will Arnold return as Dutch?

A hotly debated topic since The Predator's announcement was the exciting possibility of Arnold Schwarzenegger reprising his role as an older Dutch in Predator 4. However, no confirmation has been announced, it is known that Arnold and director Shane Black have met on more than one occasion to discuss potentially coming back for another Predator film.

Will The Predator ignore Predator 2 or Predators?

According to Shane Black himself, the answer is no. Though The Predator will take place after the events of both Predator 2 and Predators, the film will not carry on where Predators left off, but will still honor the impact each sequel had on the franchise. Shane Black event went so far as to say The Predator would acknowledge the films which came before it. Of course, this doesn't mean we'll be seeing any Super Predators tracking people down with Alien hounds, but we may get subtle nods to characters, locations and events shown in both Predator 2 and Predators.

What will the new Predators look like in The Predator?

According to Shane Black himself, the overall look of the Predator creature will be organically different. In an interview from May, 2016 Shane discussed the direction he and 20th Century Fox were taking with the new Predator besign. He elaborated to explain that their goal is not to improve the design in any way, but add to it, in a way that feels natural. He also hinted that we would be seeing a wide array of new weapons and tools as the Predator's disposal.

Okay, so calling this a reboot is incorrect? Cool. Why would any storyteller want to start over when you've got such a sweet character premise to use already? it sounds like whatever creature and weaponry design changes this new film may feature should be considered refinements, advances, maybe even evolutionary step-ups as was inferred by the introduction of what y'all are calling Super-Predators. I still think your basic Yautja is more than formidable, but it seems its very nature is to keep pushing its own species to achieve next-level talent. Hopefully whatever changes this new movie brings will be kept along those lines and not just reinventing the wheel without good reason.

Yeah, they won't be reinventing the Predator so to speak. However plot leaks revealed there would he a "different" Predator featured as well as the Predator we've come to expect.

the predators are divided in two sides, the regular preds and the hybrids.The hybrids steal human dna to evolve and ultimately replace the humans on earth, because their homeplanet is becoming colder and they will have to leave, our planet is interesting due to global warming.The other preds want to save the human species from the hybrids.So when the predators took skulls and spinal cords it wasn't to take a trophy but to steal the dna of the best of our species.So it's basically another pred/human team up against a new "super predator" a la Rodriguez.I used to respect Shane Black a lot but he really screwed with this one, as much as I like him, I can't be a blind sheep and say "it's shane black so it's gonna rock".Wrong it's gonna suck.

If you have more questions i'll be happy to give you answers.

If true, and done well, that plot sounds ok tbh. Its at least more expansive and progressive then the previous films, and it could finally lead to some global conflict between humanity and the Yautja.

Every other predator film adaptation (including the crappy AVP's) have the same old.... Yautja come to Earth to hunt, because that's what they do. The End. Or...big Twist. they are being hunted on a game world instead.

This franchise has always been stunted by lack of progression. Yes this film appears to be a reboot, but it also looks to tie-up all the films and expand the predator franchise. Perhaps after this film humanity may have an opportunity to stick it to the Yautja, and we might finally get to see and explore their homeworld (hopefully not called the cringe-worthy Yautja-Prime) XD

Im not advocating that we put on our rose-tinted glasses and "blind sheep and say "it's shane black so it's gonna rock" as you say, but lets at least wait and see the film before condemning it.

This sounds pretty good. The first movie was outstanding. Honestly, I found the others quite boring and forgettable. A return to the roots sounds great. Having Dutch in there would be welcome even if it is a minor thing or something similar to Weaver's presence in Paul.

Hopefully this will be in 3D, I generally find it can turn a good movie into a great movie - especially within the sci-fi genre.

Shane Black is smart. I bet there are still some surprises waiting to be unleashed for the fans. Fingers crossed for Arnold coming back.

I just hope he doens't change all that much in regards to the first film.

The R-rating sounds hopeful but the comedy part O_o?! I'm not so sure about that, also the first predator was awesome, no need to change that in my opinion.

I just wish they finally make a good predator movie. The one after watching you don't immediately regret. 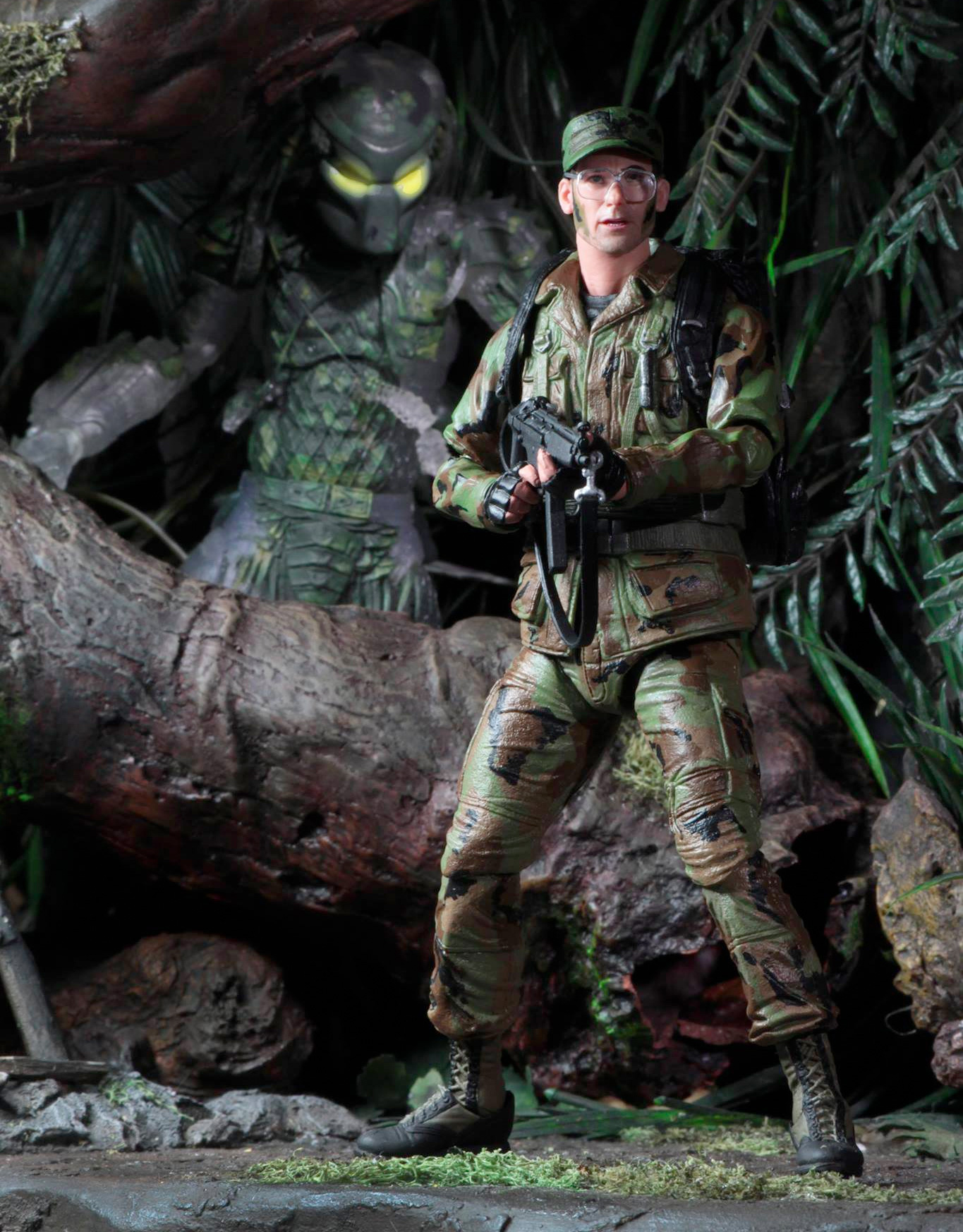 It appears NECA will honor Mr. Black as well.

Very nice to see they won't ignore The Predator 2 and Predators. Love those movies!