The Predator franchise is a peculiar creature, on the one hand each instalment (including the crossovers with the Alien movies) have added to and explored the grand mythology of the franchise, yet conversely each instalment has also moved away from the core premise that drove the first two movies - where there is heat and conflict, a Predator will be on the hunt. The new Super-Predators introduced in Nimrod Antal and Robert Rodriguez's last sequel Predators were a welcome and intriguing deviation and addition to the existing mythology, mirroring the honorless and murderous 'Hish' Predators from the Dark Horse comics, but many felt that the movie retreaded familar ground despite its wealth of new ideas. Predators lacklustre performance at the box office put paid to Rodriguez's plans for sequels exploring his Super-Predators, and despite the critical panning of the two crossover movies AvP and AvP: Requiem, the latter did give us probably the toughest and meanest Predator yet brought to the screen, which has resonated with fans, with only the 'Anytime' Predator NECA figures based upon the alien hunter from the first movie beating the 'Wolf' Predator (from AvP Requiem) in terms of sales. 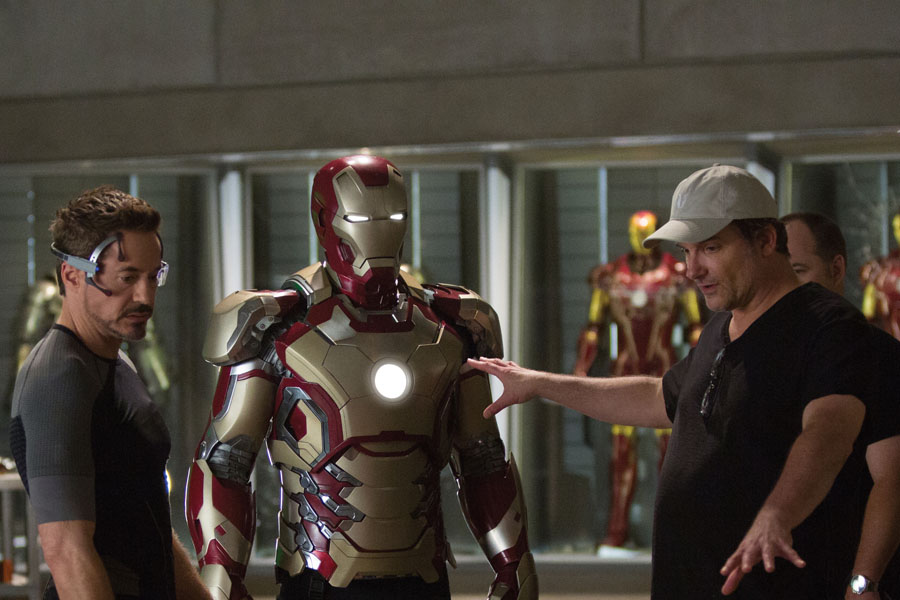 In short, while the last three movies have done the property no favors, the character of the Predator remains popular with science fiction fans, and with the renewed interest in the Alien universe courtesy of Neill Blomkamps forthcoming Alien movie and Sir Ridley Scotts eagerly awaited sequel to 2012's Prometheus, studio 20th Century Fox are looking to breathe new life into the Predator franchise. To this end Fox and franchise producer John Davis (pictured top) will regroup with Shane Black (pictured above on the set of Iron Man 3), whom starred in and co-wrote the first movie (with creators Jim and John Thomas), a movie which has since attained cult status among fans. Having recently wrote and directed Iron Man 3 for Marvel Studios and currently working on TV series The Player and a new movie The Nice Guys, Black has also been working with Fred Dekker on a fresh sequel to the 1987 original Predator movie. Initially announced as a reboot, both Fox and Black were quick to correct the statement after almost universal backlash from the fans.

Recently franchise producer Davis was quizzed by Collider at the Television Critics Association and was eager to talk about the eagerly awaited movie, its script and its director...

“Shane shot a movie and he’s doing a pilot now, but I’ve read a lot of his script and I think it’s genius. I think it’s genius and I think it’s entertaining, and what it did is recreate a famous franchise in a different, interesting way; looking at it from a different light. He’s just an amazing writer-director. He’s got a way of looking at this that makes you excited again. I love this franchise. It was the first movie I ever did. I remember in being in the jungle with Arnold [Schwarzenegger] as a 28-year-old and going, ‘This is a fun business!’…Shane’s amazing. He’s an amazing storyteller.”

“Shane’s got a writing partner, Fred Dekker. They’ve been doing it together and Fred’s great. The two of them together, they’ve been in the business for a long time, but the writing is so fresh, the perspective is so fresh. I’m telling you you’re going to get something you don’t expect and you’re going to say, ‘This is the most entertaining way to reinvent a franchise.’ I mean he’s the guy who wrote Iron Man 3.”