The Shane Black directed Predator sequel continues to earn revenue at both the domestic and international box office. This post will help chronicle box office updates as The Predator continues its theatrical run.

UPDATE on September 23rd, 2018: The Predator saw a 76% decline in box office earnings on its second Friday in theaters according to Forbes.

Currently The Predator has a fairly steep hill to climb if it plans to break even and an even steeper hill to climb if it hopes to be considered a successful investment. International sales are not looking all that promising but as new updates are released we will keep you posted! Check back to this post for updates and more box office stats!

It just doesn't have the same pull overseas as it does in North America.

Seeing it tonight with a friend.  I heard dumb fun and action-packed, and to leave your brain at the door.  Sounds fine to me... I didn't need my brain when I watched 'Predator' in 1987. :-)

That was my argument too. It's enjoyable if you take it for what it is.

It's going to need a world wide haul of $176-220 million before it's considered a moderate success--Or what most like to call the breakeven range. That's quite the climb. Even then it's not out of the woods if it wants to be declared a win for Fox.

That said there's 4 territories it hasn't even opened in--3 of them have October release dates. So it'll get a quiet boost next month.

It pretty much died in Japan thanks to Fox deciding to release it there in theaters and VOD on the same day. It did the film no favors and actually hit way under its predicted opening. VOD projections were even worse, because now everyone just assumes they can put off watching it and get to it on their own time. Fox self-destructed in that market.

It got my international ass in a seat XD

I Raptus Australia leads the foreign box office for the debut weekend: 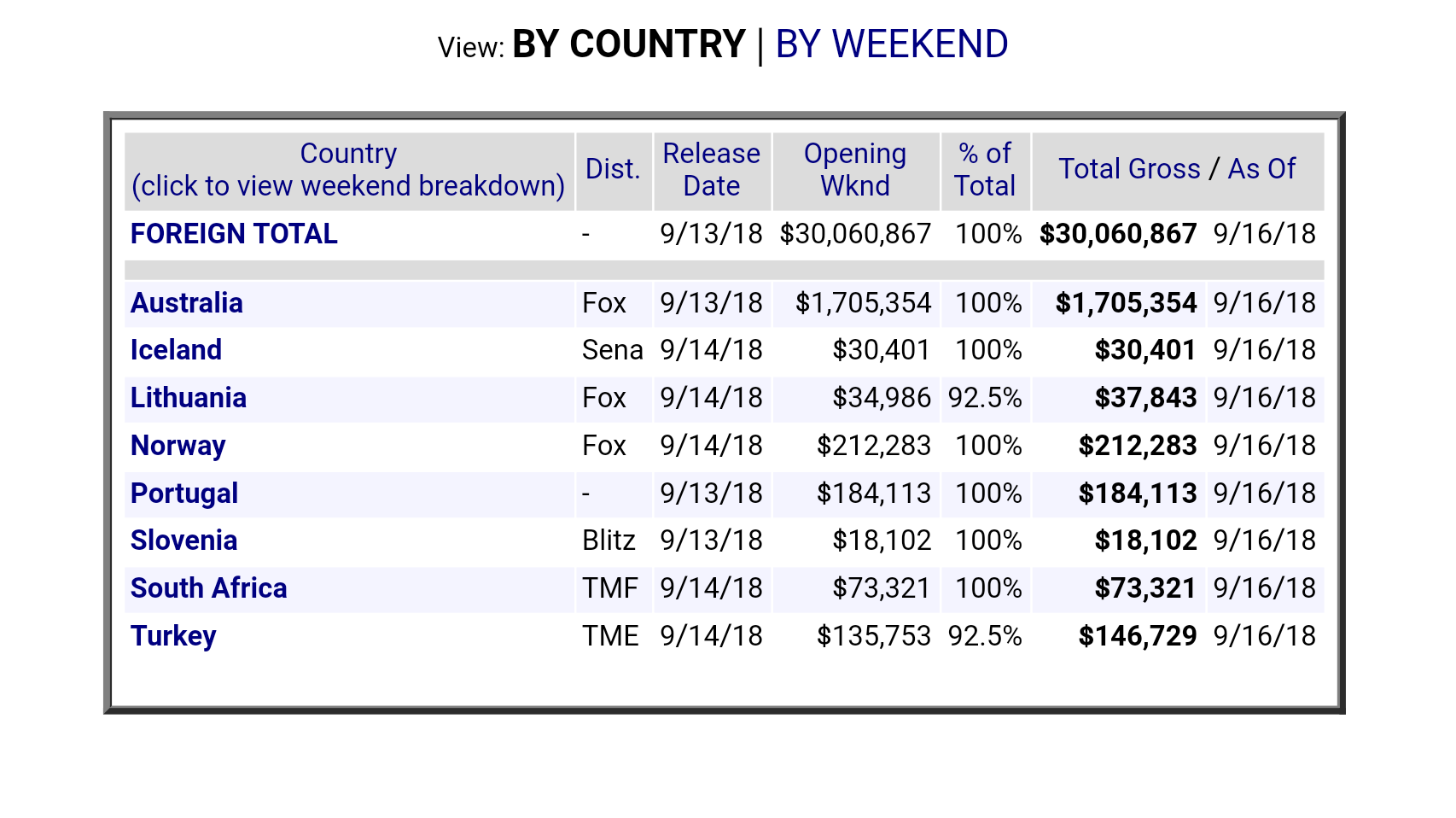 Good stuff Australia! I don't have any stats to back it up, but IMO The Predator franchise is probably one of the more popular hard Sci-Fi franchises here.

For whatever reason, the comradely humour in this film particularly resonates here.