A clearer version of the new The Predator TV spot which we shared this morning has made its way online! As seen before,  this TV spot offers a fresh look at tons of new footage and debuts our first look at the new hybrid Super Predator as it attacks some of the other Predators! Check out the new, HQ upload below and also visit back soon to see a selection of screenshots!

13 Fan responses to Super Predator attacks other Yautja in the first official The Predator (2018) TV spot!

Oh my Disney! Is Very Intense this new Trailer and more Darker and Wait a Minute that is a New Berserker Predator Right? Chanfle,is More Terrifying,Scary and Bigger than the original Predator okay what if This new Predator leds him to hunt together? Ultra! That Would be More Intense and I Hope that's the Case So,Words are yours i,m a Great Fan of Predator movies and this one will be a Masterpiece Thank you for let me comment :)

I really didn't expect multiple Predators, especially since the title is "The Predator", implying only one. This is really cool. I can't wait to see how this turns out.

Sweet.This spot really get me exiceted. This is starting to look awesome!!!!

This does add a bit of a spin on my interpretation up until this later Trailer as it reveals the Predator/s are after someone of interest and attack the Bus carrying those PTSD Soldiers on...

So now the Super Pred Guy is the Good Guy? yet the Set-leaks we see their are TWO other Normal Predators working with those Humans?

Mind you The Predator went through Re-Shoots and we dont know how heavy these could have been... maybe they could be as heavy as the Han-Solo movie Re-shoots? 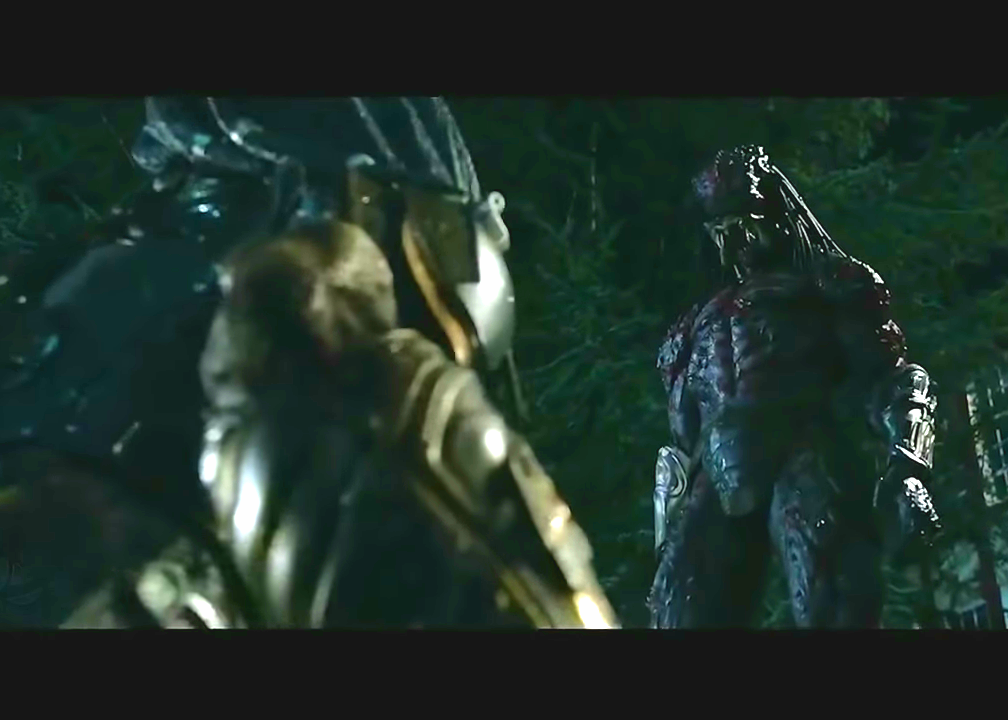 I believe it is the PREDATOR that's considered the "hybrid" or the "upgrade".

Looking really good. I hope they keep trailers minimal. There is a lot to think about just with this trailer.

dk,couldn't agree more. wev had a wee taste but hope they don't give too much away like what happened with AC. though I do get the feeling itl be a similar plot to concrete jungle. itl probably take the combined efforts of multiple yautja and the mercs to bring this bad mo-fo down

wonder if wel get a sacrifice ending like in AVPR to kill this beast?

Seeing that Mr Peele is in this adds some extra cool for me. Great range. Here is a taste.

One things for sure. Without Alan Silvestri behind the music for this movie, you'll never have a true Predator Flic. Essential ingredient. The soundtrack behind the original predator movie was all-time. Pred 2 also.

Steve kabacha replied to The troubled development of Awakening (My take)