With 20th Century Fox reinvigorating their Alien property with Prometheus, Alien: Covenant and now Predator with The Predator, the inevitable question was bound to arise - will another Alien vs. Predator movie ever get made?

During The Predator panel at SDCC director Shane Black was asked about the possibility of the Alien and Predator ever doing battle once again on the silver screen. Black responded by acknowledging that the events of every Predator film prior and both Alien vs. Predator films have indeed already occured by the time The Predator takes place. He also took his response one step further and said he did not think the Alien vs. Predator franchise was dead at all: Shane Black says that #ThePredator takes place in a universe where the other Predator movies, and even AVP, happened. There won't be Xenomorph references in the movie, but as Black says: "I don't think Alien Vs. Predator is dead, do you?" #SDCC18 @YahooEnt

Both AvP movies faired poorly with fans of each respective franchise but managed to make a decent profit at the box office with their 2004 and 2007 respective release dates. Given the right director and a team of dedicated writers, it's possible new life could be breathed into the AvP crossover franchise down the road.

Would you like to see the Predator battle Xenomorphs again? How would you like the story to play out? Let us know in the comments section!

Of course if Black's movie does well Fox will pursue the AVP route as the prequel territory is filled with land-mines. But to be clearly I am not interested in either of them.

I agree with him... not sure how I feel yet about THE PEDATOR(I hated PREDATORS, it has a few moments, but only scenes with the titular creatures themselves), but yeah I can see him directing another AVP and I'd look forward to it.

Not opposed to the idea.

He probably realised that with the Alien prequels currently dead in the water (as far as we know, I'm still hoping Awakening will happen), Fox might look to continue with AvP instead. And if he delivers with The Predator he might even have a hand in it. I wouldn't mind seeing AvP continue, although preferably set in the future with Colonial Marines.

It's been a while after the AVP movies and I think it's a good time to make another one. Not only because R rated movies are more accepted by a wider audience but also because the next one could be really good, they just need the right ingredients. A well written script with good lines, a little bit of humour, sympathetic characters and something new will make a good and entertaining film.

If its a Reboot then fine. if it continues the other two AVP movies then ABFN. 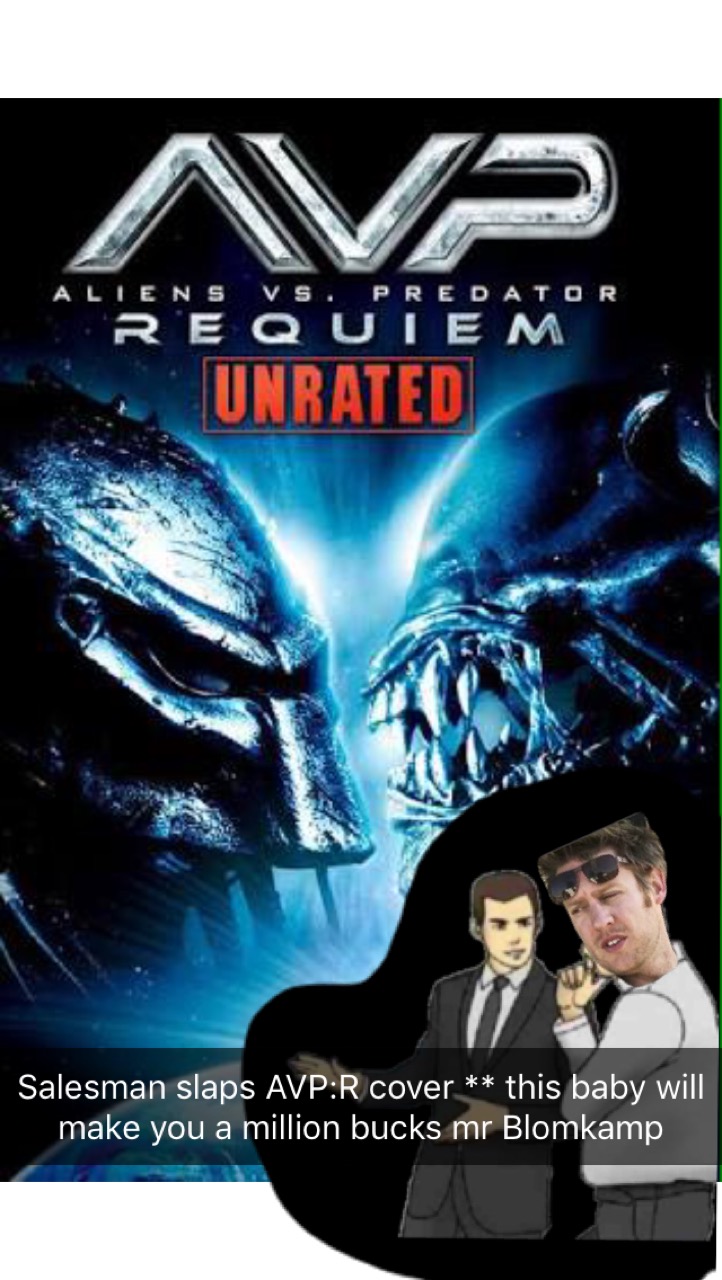 The AVP Franchise is not Dead....  it can be Resurrected but they need to LEARN from what made the Games work and what made the Movies well Suck!

This i feel has to be about the Time-Frame.... So having a AVP that follows on from Shane Blacks Predators were we find out the Predators have also been using the Xenomorph to Enhance themselves, and they are taking some Xenomorph Eggs to Experiment on but this goes to POT!

Resulting in a Predator Ship with Eggs being captured or explored by Humans, either if this Ship heads towards or lands on Mars, the Moon or Earth....  I think would be tricky.... it could work...

But i think any AVP Reboot should take place in the Alien Universe and Timeline of 2150-2250 or abouts.  So just like the Games do.

Ambitious, because it would require a full dedicated Trilogy, but Tim Lebbon's AVP Rage Wars is the way to go.

Deep, rich expanse story line full of intelligent action and lore. The Yautja actual have an agenda here, not just random hunt-stalk-kill scenerio's we typically get.

It would be a huge risk, but the trilogy is so ripe with goodness it could carry both franchise's forward for at least another decade.

Hell they could even work in AVP, AVPR and The Predator into the story if they so wished.

Alien vs. Predator is a spin-off to have fun bringing these two infamous villian characters together.  A similar thing was done in Batman v. Superman (though these two are good guys fighting each other), which was followed up with Justice League when a team was formed.

So I suspect AVP has no chance of happening, particularly as Aliens are too primitive and don't team up with anyone unless they will host their offspring.  Though it sure would be fun to see a movie where Lex Luther captures a Predator who is accompanied with a pet Alien and uses them to attack Superman, hoping to spawn a Super-Alien that will destroy the world!  That could happen, right?

BigDave that would be an interesting premise :)

the idea of AVP is awesome but its all about execution. the idea in AVP was good, just not having it be on earth. wouldv been better to have the Yautja abduct humans n have them transported onto a planet far away. n ok everything about AVPR was awful but id like the idea of another attempt at a reboot IF a decent script and director was attached. done right there is a market for it

BigDave Nice idea. It seems the Engineers would come first to Earth followed by the Predators (in AVP, Predators showed humans how to build pyramids and such). The Engineers don't like that and, as you say, the Engineers retaliate with Xenos. One issue is that in AVP, the Predators fought Xenos as a right of passage and nuked everything if the Xenos got the upper hand. Still, this could be an interesting way to go.

I am not a time line purist- as long as it is a good movie, I am in.

^Here is the scene I am referencing^

Sorry I cannot embed. It is only about 1.5 minutes.

I'm not the biggest Fan of The AVP Plot... as it contradicts the Alien Franchise a bit....

I prefer the Engineers Ancient Role, but certainly the AVP movies are to be considered a Alternative Take.. so the whole Pyramids and Predators thing could FIT...

I agree ali81 execution needs to be perfect.

The problem I can foresee is marketing.

The mainstream audience old enough to remember the last 2 will think of it is as a joke...an old one.

The younger audience will see it as 2 old Sci-fi franchise's trying to "copy" the whole Avengers & Justice League crossover's and "super-films" thing. trying to stay relevant.

And the active fanbase of both franchises are so divided and hung up on canon, direction like/dislike we don't know what we want.

Its going to take something incredibly epic, grand and mature to be taken seriously.

I hated the first AVP movie.