Heads up Predator fans, today we have your first look at official promotional marketing artwork for Shane Black's The Predator (Predator 4)! Although it's not the first theatrical poster, it is a piece of artwork being used to promote the film. The following was spotted at the Brand Licensing Expo currently taking place in London, England! The artwork depicts a dramatic lightening strike creating a silhouette of a Predator mask: As more Predator content surfaces online we'll be sure to keep you updated!

Source: Instagram (thanks to Chris Pugh for the heads up!)

Interesting image. They must be holding back on all the official Artworks until the first teaser? Just like the woodland silhouette poster?

They're still giving us nothing! XD

Yeah, I assume that's their approach. They've kept everything very hush hush. Although, I really do like this piece. I think using the lightening was a great idea. Very reminiscent of Predator 2.

This movie has nothing to do with P2 and nothing similar.

They just know that the fans know the script and they try to make some damage control, this will be their job untill next august, try to make you pay the ticket for a garbage.True fans must send them a strong signal and boycott this one, watch it for free I f you have to.

Chris agreed, love the poster design. Would be great to see a full HD render of it

Predator_Spirit with respect, Jake Busey has been cast to play the son of Peter Keyes (portrayed by his own father Gary Busey) from Predator 2. His character has been quoted as the connective tissue between The Predator and previous Predator films, namely Predator 2.

Also, we know literally nothing about the script as of yet, they have kept it very much under wraps. All we have is a vague synopsis, a few leaked silly images, and one or 2 official cast promo shots.

Trying to not make the same mistakes as they did with Alien Covenant perhaps. 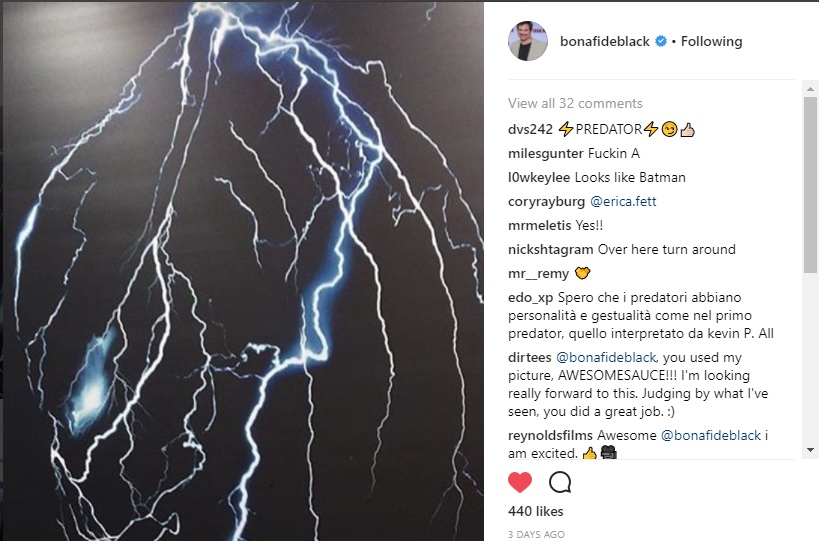