Arnold Schwarzenegger was offered a chance to reprise his role as Dutch in Shane Black's The Predator (Predator 4) but apparently he turned it down. The reason for Schwarzenegger turning down the role seems to be due to the fact that the role itself was not prominent enough for his liking. During a recent interview with Yahoo! Movies, Schwarzenegger addressed questions about his potential return to the Predator franchise by saying:

They asked me, and I read it, and I didn’t like it — whatever they offered. So I’m not going to do that, no. Except if there’s a chance that they rewrite it, or make it a more significant role. But the way it is now, no, I won’t do that.

Following the interview going live, some fans took to Twitter to express their displeasure with Schwarzenegger's call. Shane Black responded to a couple fans as well concerning Arnold's dismissal of the role, tweeting:

Me too... I spoke with him, I think it was that he didn't have enough to do. Enough presence in the film.

It's unfortunate to see Schwarzenegger was not willing to provide even a momentary cameo in The Predator, especially considering his limited screentime in the first Expendables movie. The fact that a role was written into the script for him suggests Dutch will be referenced at least in some capacity.

How do you feel about Schwarzenegger's decision? Let us know your thoughts in the comments section below.

Wonder if its also not just limited role, but the kind of role too, i would think he would want not only more screen time but to play a more important role.

As i am sure even if it was a cameo he would get paid quite a fair amount of $$$$ for just a small amount of time.

So i would say its more a case of him wanting to have a bigger impact/role in the movie..

I just don't get the whole cameo idea, I'm an old school kid and I love numbered sequels with new faces. Nowadays everyone wants to see the old hero for 2-3 seconds but why? I'm ok with a new crew, a different story, a REAL sequel.

It`s better this way. Possibility for re writing now, with less than 1 year from release seems too risky.

Yet he's open to making another Terminator movie.  I don't follow his reasoning.

I'd bring him back as a bad guy. Head of the Predator DNA institute. He's been injecting Predator DNA for years!

Well that kinda sucks. But if it's better off he's not in it/not forced, then that is okay. I would be fine he didn't return (What I expected) or if he did return. Doesn't bother me much.

Now we know why Arnie turned the role down. 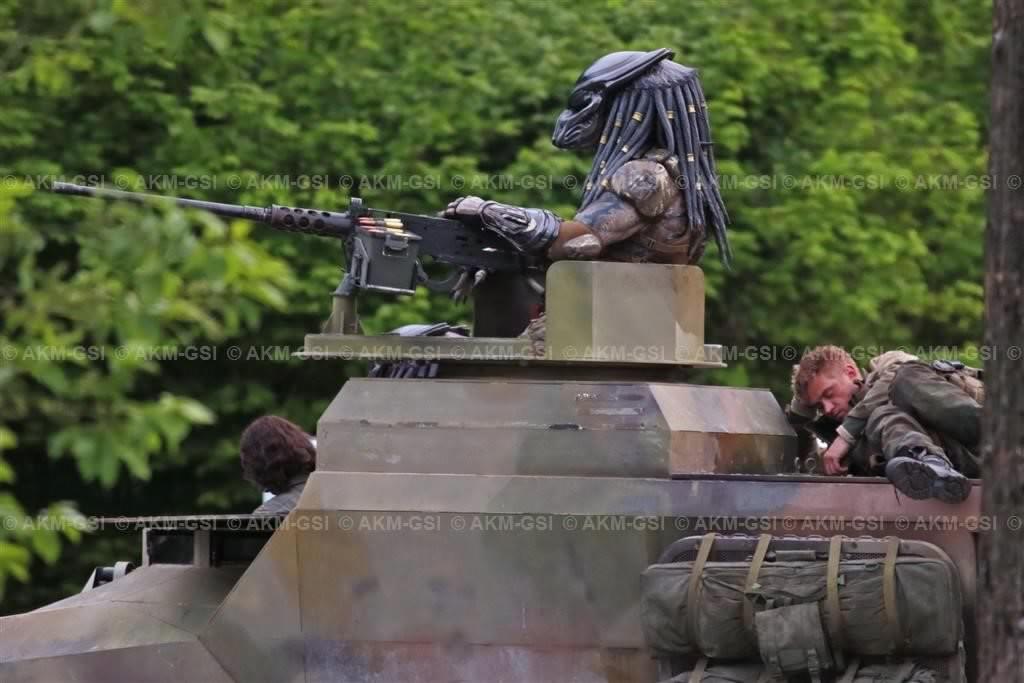